It is Well with Her Soul

Today marks the anniversary of the day my friend Esther Boyalapalli passed away after fighting medulloblastoma for two years. To learn more about Esther’s story, please click here. The following is adapted from something I shared with my InterVarsity fellowship a few years ago. 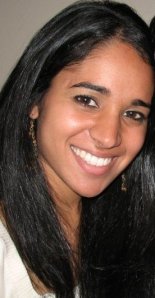 If you have been around OneWay in the last few years or so, you have inevitably heard about Esther Boyalapalli, accompanied by an assortment of adjectives: loving, caring, strong, unwavering, faith, beautiful, perfect, godly, prayerful, and the list goes on and on. All these can accurately be used to describe Esther, but my goal is not to talk about how amazing she was, but how I saw God work in her, and what I learned from knowing her.
Esther and I both came into UT in the Fall of 2005 and became plugged into OneWay. A couple of my earliest and clearest memories of her are from RISC 2005 and a memorable trip to Kerbey Lane that a couple of us freshmen went to. And when I think about Esther at that time, the first thing that comes to my mind is her smile that stretched from one side of her face to the other, a smile that really was infectious and contagious and hardly left her face. She spoke so demurely and with a grace that I know left an impression on those who came across her. I had the privilege of serving with her on Outreach team my sophomore year and really get to talk to her and see where her heart was.

In the summer of 2007, I received the news that they had found a tumor, and it was definitely a reeling hit. She had mentioned to me about her headaches, but a tumor? My initial response was, seriously, God? Of all people, You had to let Esther go through this?? Couldn’t You find someone else?

And there I revealed a huge misconception that I had, and indeed, I think a lot of people have: that because someone is “good” and does “good things,” they do not deserve to have bad things happen to them. Because Esther was such a “good” and “godly” woman, then it was unfair that she had to go through cancer. It is a sinful idea that one person is inherently above or better than someone else, and pulls us away from what the Gospel teaches us about grace and suffering.

The next year or so, Esther went through chemo and treatment, and it seemed like she was on the right road to recovery. She started driving and was going to start school again. The huge weight behind her eyes began to lift, and you saw the joy and cheer there. Then, in the Spring of last year, the tumor resurfaced.

I had the opportunity to talk to her parents, and Esther’s mom told me that Esther had some of the same worries and frustrations that everyone else had, this “why me?” frustration. Just because she was Esther, didn’t mean that she was exempt from doubt and fear. In that fear, she held onto God, and she learned what it meant to truly trust her God. But when the second round came, her mom said that it was as if a transformation happened in Esther. She was no longer scared or bothered by what was going around her, it seemed like a peace just enveloped her. And it was something that God did in her, not a peace she mustered up on her own.

Right there, in Esther, in her story, I saw the transformative power of faith in Jesus! Here was a girl that you thought had it all, down to her walk with Jesus. If I have ever known a Proverbs 31 woman, a woman who’s heart is after God, it seemed Esther was her. But through this ordeal, she learned to really hold onto Christ, and His promise, that He will never leave you nor forsake you. And she clung to it, because that’s all she could cling to. And God took her heart of fear and doubt and misgivings and gave her a heart of trust, of faith in something larger than her and larger than medulloblastoma. You could literally see how God was shaping and changing her.

I believe, and I believe the Bible attests to this everywhere, in the absolute and complete sovereignty of God. The last couple of years, but especially the last few months for me, I see how there is no such thing as “chance” or accidents. Esther’s cancer wasn’t an accident. But it was something that God gave her to shape her into the woman that God wanted her to be. For us, when suffering and trials and hard times come about, and the Bible is clear that they will, we will have fear and doubt and worry and feel pain.

But in those moments, we don’t stay in that fear and doubt and worry and pain, we look at the hope and promise of Jesus, that He works all things for the good of those who love Him, that He had a plan for us that He wrote out before we were even formed in our mother’s bellies. Jesus will never leave us or forsake us. We put our faith in that promise and glorify God with our lives. We have a hope and assurance that death is not the end of the story, that death has no victory over us because our victory was won on the cross in the person of Jesus.

Easier said than done, right? As I was writing this, I thought about what this looked like in my own life, and I was convicted in realizing it’s the same thing: clinging to faith, clinging to Jesus. Our strength and hope is not in anything we can find or create in this world, and it is certainly not in ourselves. We run to Jesus.

There was a guy named Horatio Spafford that lived in the 1800s who was a prominent lawyer in Chicago. This guy ran into a sea of bad luck. First, he lost his only son, and then shortly after that, the great Chicago Fire swept through the city in 1871, which ruined him financially. He had invested in a lot of real estate and the fire destroyed pretty much everything. Soon thereafter, he decided his family needed a vacation, and chose England because his friend D. L. Moody would be preaching there. Delayed because of business, Horatio sent his wife and 4 daughters ahead of him. While crossing the Atlantic, their ship was struck by an iron sailing vessel and 226 people lost their lives, including all 4 of Horatio’s daughters. He received a telegram from his wife when she reached England that had only 2 words on it: “Saved alone.” He then sailed over to England, and the captain of the ship showed Horatio the spot where the previous ship had sunk and his 4 daughters had died. Horatio Spafford then went to his room and penned these lines:

When peace like a river attendeth my way, when sorrows like sea billows roar, whatever my lot, Thou hast taught me to say, ‘it is well, it is well with my soul’

How’s that for suffering well?

We rejoice because death did not win over Esther. Because of Christ’s work, we will see her again, with a renewed body, having fellowship with her and all who have been redeemed by Christ!

Esther’s story is not ultimately about how great of a person she was, but how great our God is. It is about clinging to the the only true solid rock. I don’t know why He chose her of all people to suffer through and die with cancer, but I know that God formed the universe and trees and animals and humans and protons and neutrons, and He’s been doing this a lot longer than I have. He knows what He’s doing, and looking at Esther, I know that He loves us.

6 thoughts on “It is Well with Her Soul”

What do you think? Cancel reply